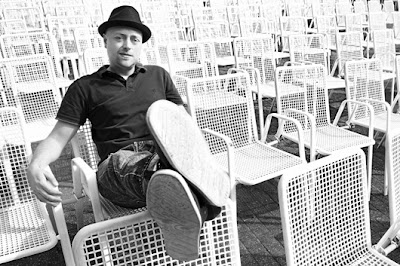 This is H.O.S.H.'s first track of his forthcoming EP on Solomun's Diynamic label. Release date in the beginning of february. 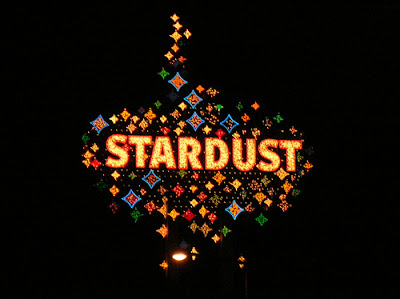 I do not know anything about Eat More Cake other than this is two excellent remixes of two unique classics. 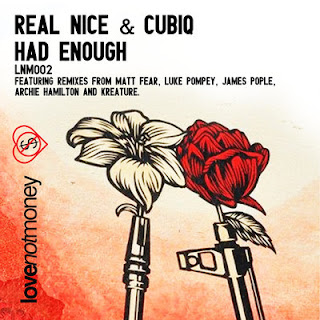 "Had Enough" is a cross-genre club track features the amazing vocal talent of Richard Sonsom, a killer piano hook, unforgettable main synth and one of the naughtiest bass-lines.. The Had Enough EP includes among other remixes from Matt Fear and Luke Pompey 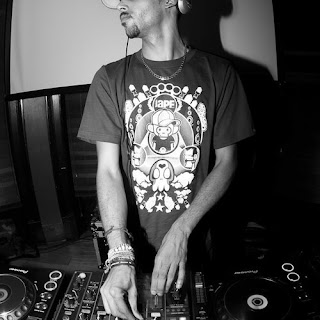 Yeah you know the track, but this edit from Mam aka. Miguel Campbell & Matt Hughes is only a few hours old.. It's impressive! 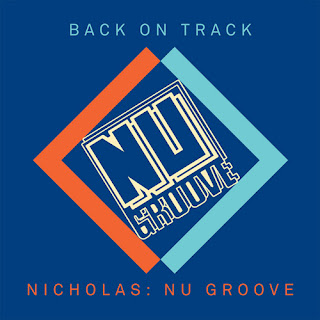 Nicholas drops the tempo, adds a jacking drum pattern and turns up the volume on the keyboard to create something that manages to feel even more housey than the original. Not bad, considering "How Do You Love a Black Woman?" is a stone cold classic. 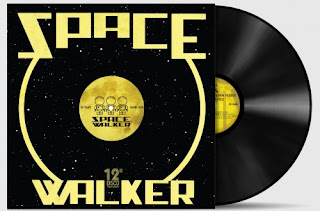 SpaceWalker Recordings is back! First release after the summer break comes from none other than disco legend Pete Herbert collaborating with Golden Fleece. Ivory Waves is a '90s influenced, uplifting dancefloor track with catchy melodies and piano chords. With The Bells Of Hackney there is also a real oldschool disco bomb on the release. When you are listening to it's groovy beats you are in for a treat and it will feel like a time travel to the golden era of disco music. On remix duties we have Lithuania's finest dj and producer duo, Downtown Party Network and Slovenia's disco master, Sare Havlicek. 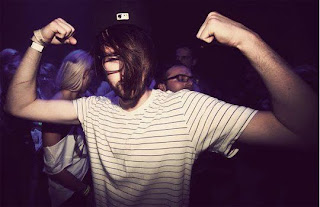 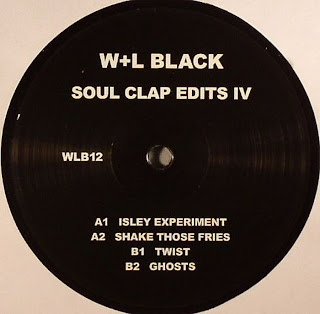 Soul Clap return with the fourth instalment of their ongoing edits series with this must have 12" which delivers some typically unique transformations. The A-Side sees "Isley Experiment" opening with some serious bass and huge drums wrongfooting you before dropping some smooth piano riffs and sultry vocals. "Shake Those Fries" meanwhile employs some serious analogue weirdness in conjunction with major vocal mangling and a body shaking, descending bassline. On the flip side, "Twist" opens with a sinister bass riff, whilst samples trickle into some off-kilter licks straight out of David Lynch movie, before then erupting into all out guitar solo action, while "Ghost" takes reversed samples and intergalactic bleeps and fuses them with swamp guitar to create an ethereal and disturbing edit that is quite unique. We probably don't have to tell you this, but these are going to be massive. Release 26 December, 2011 only on 12"

A1. Isley Experiment
A2. Shake Those Fries
B1. Black Twist
B2. Black Ghosts 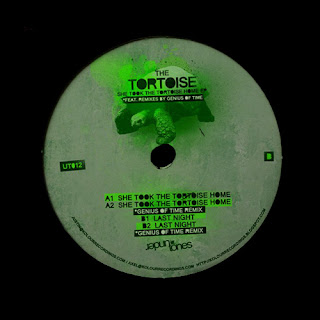 Following up the Kitano release, Undertones are proud to keep the good music coming from Melbourne, Australia. For this outing, they feature a very special project by The Tortoise (3rd Strike, Dirt Crew) featuring remixes by the one and only Genius of Time (Clone Records) 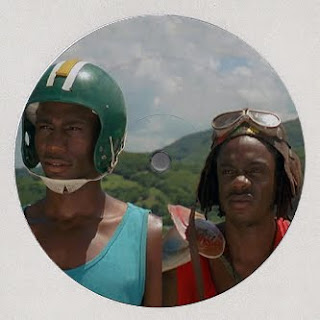 This track has got some attention the last week after been chosen to the opening track on The Magician's new mixtape - Magic Tape Seventeen. 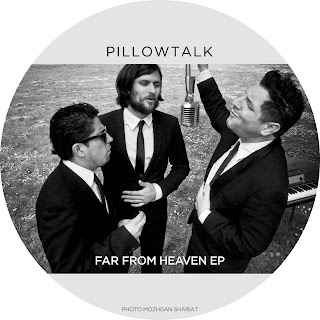 When it comes to making love PillowTalk can definitely teach you a thing or two based on their latest sleazy release on Wolf + Lamb. The Far From Heaven EP is pretty much sex music.
Far From Heaven is a four track EP which, on two tracks, goes deeper into song based r&b than have the trio before, but which also gets a little more energised and dancefloor aligned for the other two. An accomplished and underlying musicality, though, is never far away..


"Heavens Gate" is a delicate disco lullaby where claps, gentle chords and one finger notes all drift around each other as a breathy vocal hangs in the air. It’s rinsed with an 80s innocence and comes across with a heartfelt but tongue-in-cheek cool.


"Weekend Girl" is a steamy R&B charmer which snakes its way under your skin with wet, echoing claps, tinkling melodies and a seductive 90s male vocal (which turns to coy, softly spoken rap) all coalescing into the creamiest of creamy slo-jams which its impossible not to love, frankly.


"Street Walker" is a steady Roland beat stripped to its core with a magnetic vocal performance to fill the void and pull you in while a horn-like bassline burping out over and over as hi-hats and claps grow ever louder in the background.

David August - You Got To Love Me 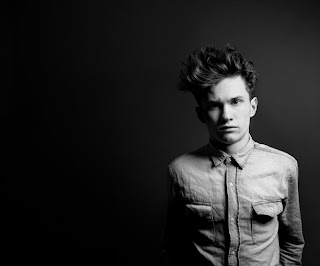 At the tender age of 21 years old, David August is one producer already displaying all the makings of an international superstar. Well under the wing of Diynamic boss Solomun, David August gets set to unleash his long-awaited third EP on the label, the irresistible "You Got To Love Me" EP.
Title track "You Got To Love Me" takes hold with a driving, vocal line that will circulate your mind for days, an oscillating bassline, lazy congas and subtle disco claps keeping yougrooving all the way to the sprawling, accapella breakdown. "You Got To Love Me" is a guaranteed dancefloor bomb to spawn more August addicts. 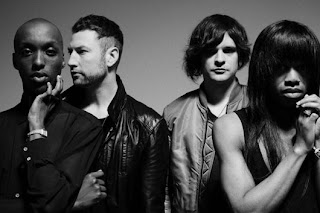 Toronto's hottest gay-straight alliance, Azari & III have just premiered the video for their track "Reckless (With Your Love)"
The video is directed by George Vail and Alphonse Alixander and shot in the suburbs of Toronto the video's art deco styling and Rhythm Nation dance sequences blend seamlessly with the song harking back to the later days of The Warehouse and Paradise Garage.


You've probably already heard Azari & III - "Reckless (With Your Love)" for a long time ago. It's set to be re-released as a single in January 2012 with remixes by Julio Bashmore, Riva Starr and Tiga 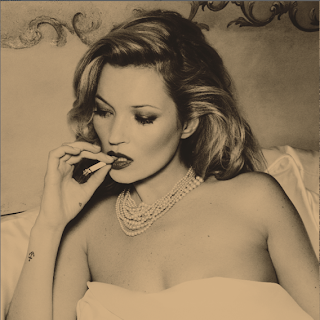 This man is legendary and can not be stopped.. Spin it! 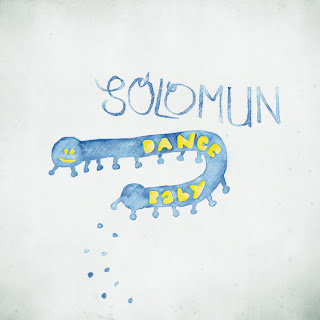 I do not think Solomun or Noir Music needs no further introduction. They have been on everyone's lips and all over the place in this year. Luckystar will be available on the 19th December. 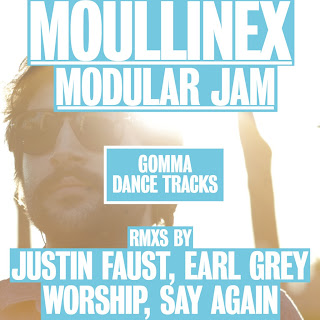 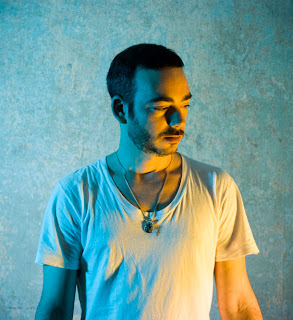 Joining forces with the mighty Crosstown Rebels once again, Nico Purman exhibits his diverse talents and musical roots with the ‘Fade Away EP’, effortlessly straddling the disco-techno hybrid ground with a purple nod towards Prince.
Argentinean producer Nico Purman dazzled the Crosstown catalogue back in 2007 with his ‘Lunatique EP’, showcasing his techier style with the title track being licensed to the Get Lost 2 compilation mixed by Jamie Jones. Approaching a whole new sound, his ‘Fade Away EP’ is an uplifting journey, capturing the essence of funk with a futuristic edge whilst echoing Nico’s early musical influences and drumming credentials.
Title track "Fade Away", which became a highly requested single after appearing on Get Lost 4 mixed by Damian Lazarus, is a solid injection of disco riding a wave of electro synths along a tight groove and Prince-esque vocals. A powerful and punchy bass line secures "Fade Away" as a glitterball dancefloor delight.

Tod Terje – Its The Arps EP 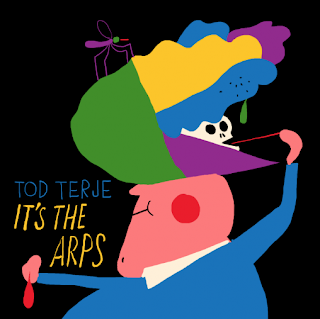 Norwegian disco producer and DJ Todd Terje will launch his Oslen Records imprint with an EP of his own material entitled It’s The Arps.
Olsen Records is a collaboration between Terje and Smalltown Supersound mainly as an outlet for his own work. His debut EP on Olsen is It’s The Arps, a badly-punned tribute to the Monty Python’s It’s The Arts. It’s an experimental EP entirely based on the multi-faceted abilities of the ARP2600, one of the finest analogue synthesisers ever built.
Its The Arps EP will be out on January 9th, 2012. 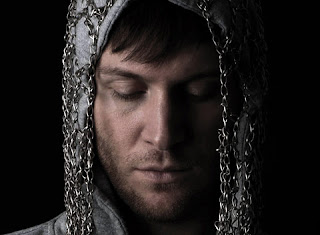 Infinity Inc is the new project from italo-disco producer Luca C and male popstar Ali Love (you might recognize him from Justice’s Civilization). Their track “Games” has been getting some serious spins from DJs like Art Department, Lazaro Casanova, Lee Foss, and Maceo Plex and of course is't out on Hot Creations 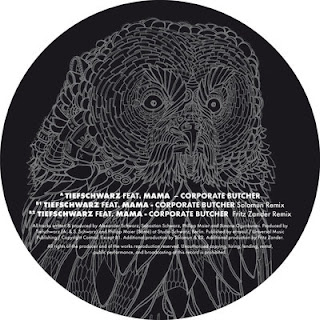 Tiefschwarz. Their sharp ears have hunted down vocals from Nigeran singer, Mama, who has along with the brothers, cooked up the sexy House number ‘Corporate Butcher’, exclusively for the boys’ Watergate 09 mix CD. Mama’s lyrics clearly address the financial sysem that is plaguing the whole world by known, by shedding light on who exactly has created the problem. Her lyrics express the frustration, but contort them into fuel for the weekend events that helo us to forget our troubles. The Schwarz brothers, alongside Santé, have layered sleek House beats over a club-rumbling bass that mesh effortlessly with Mama’s sultry voice and politically charged vocals. Dynamics founder Solomun puts this track in porno territory that is sure to get the handbags and the hard bodies bee-lining to the dance floor. 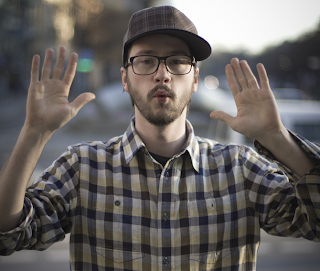 Daniel Bortz has been DJing for 20 years, but he may just be the sleeper success of 2011. Despite playing little outside of his native Germany, Bortz has cultivated a following through an adroit run of sample-heavy house tracks.
Daniel Bortz is no. 70 on Resident Advisor's Top DJs of 2011 list.


James Blake - Limit To Your Love (DB Edit) by Incognitoloso 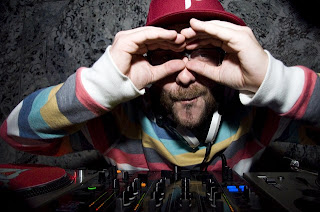 "B-Side" is a mid-tempo, lazy groove which gently opens out with warm delayed vocals and creeping drums - hypnotic and subtle, it’s one hell of an intro but the drop into the fat, sumptuous bass hook is pure joy. Steadily joined by soaring, high-end keyboard licks that balance the track beautifully. 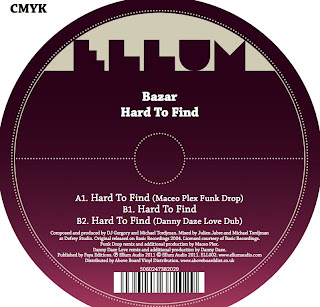 The newly found label Ellum Audio, which is run by house head Maceo Plex, is almost ready with its second release. Bazar - "Hard To Find" originally came out in 2004 and is by none other than DJ Gregory. But is now brought up to date, with two absolutely first class remixes from two men of the moment, Danny Daze and Maceo Plex.
It is out on Ellum Audio label in December.

Groove Committee - I Want You To Know 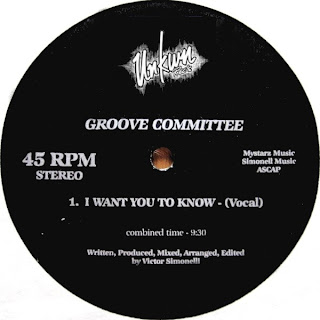 Lou Teti - Talk About It 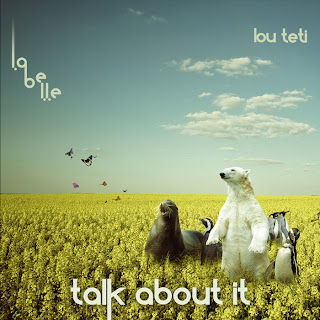 This is really funky shit, I can't decide which track I like th most. The original or Pete Herbert's remix. The EP has got support from Moullinex, In Flagranti & Plastic Plates. 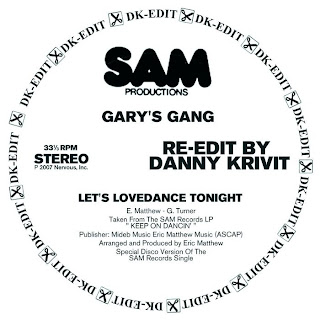